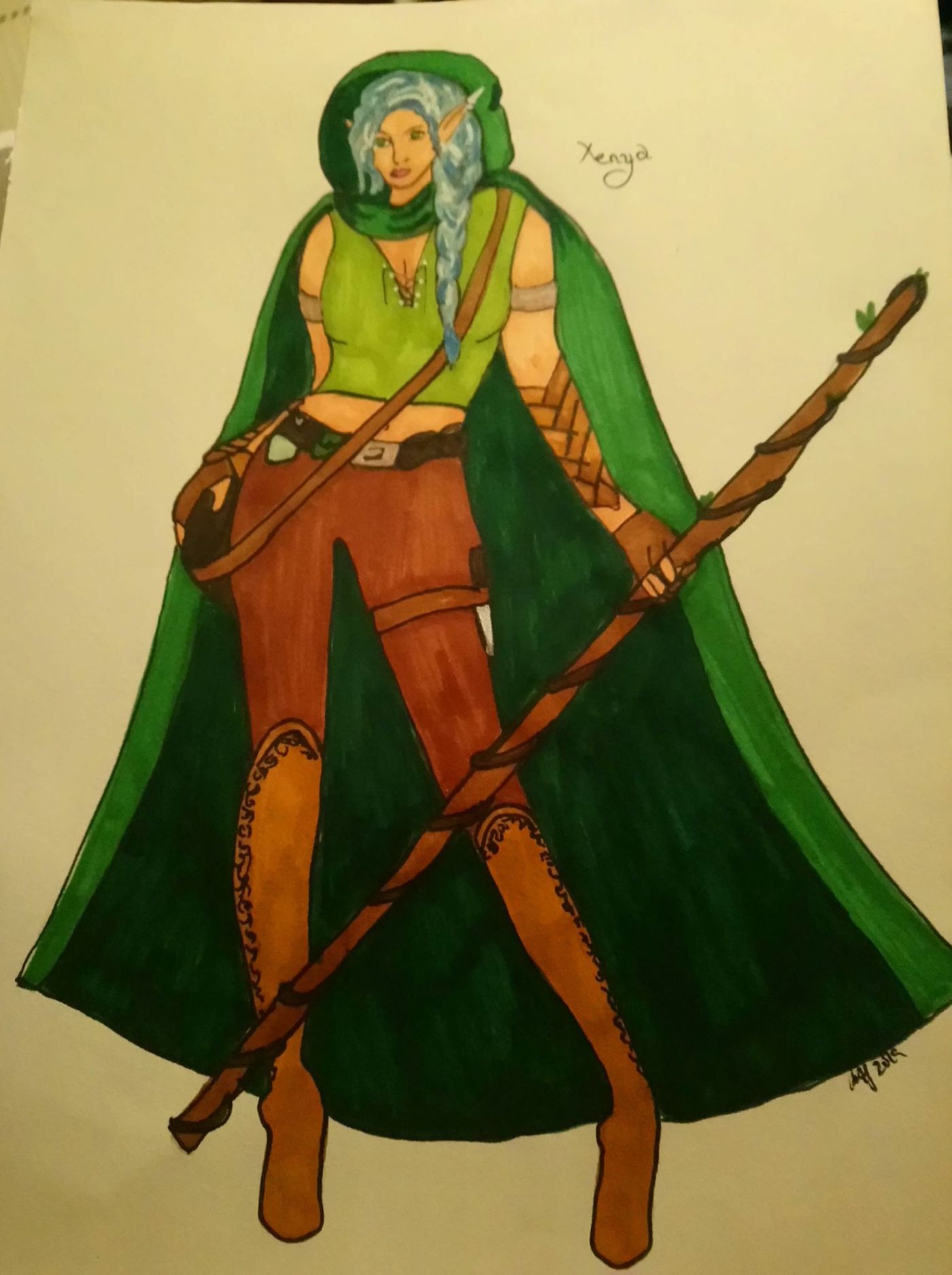 Xenya started life in the faerun wilds but differred from her kin, in that she was less distrusting of non-wood elf creatures. Xenya has a natural curiosity for those other creatures of the world and therefore ventured out to travel the lands as soon as she became of age. She naturally has skills in herbalism which she learnt as a child but has built on those skills in her exploration… to compliment this she learnt what she could about alchemy. She once helped an old hermit who had been attacked by savage creatures and left for dead. After nursing him back to health and staying with him for some time, it turns out he was a master alchmemist and taught Xenya a great deal. When he died Xenya moved on, but return to the home she shared with him every so often. . . it is the only place other than the trees and forest , Xenya really feels like she is home.

Xenya has spent her years travelling, more often then not keeping to herself, but craved interaction and found herself amongst all sorts of people and communities, doing good wherever she can, she helps those in need. She is pretty self sufficient and can live off the land for a long time , but Xenya does like to keep one of foot in the world of humans, gnomes and dwarves. She sees the need to carry out some paid work from time to time so that she has money necessary to live in their world.

Although largely solitary in her travels, she has found some lasting friendships from helping communities and joining a group of travellers or questers.

She is aware that should she continue life in this way, she will never really finding her forever home, but Xenya is okay with that. However, a part of her longs to meet a companion to spend the rest her life with.